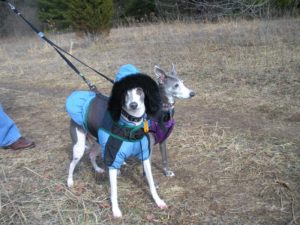 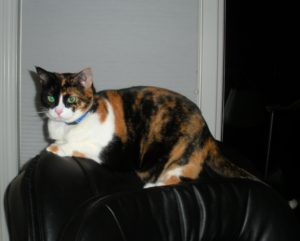 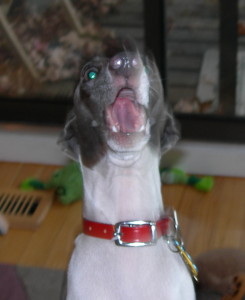 While recovering from brain surgery, I had a lot of time to watch my pets.  One day, I decided to capture the lessons I had learned from them.  Here’s one of them:

Gina and Paulo, my Italian Greyhounds, taught me:

Be Optimistic, Life can change in an instant!

“Let me outside! Really, it is important! Maybe it was snowing 5 minutes ago, but it MIGHT be spring now. Really, I promise! If you get up off the couch and walk over here I’ll go outside THIS time.”