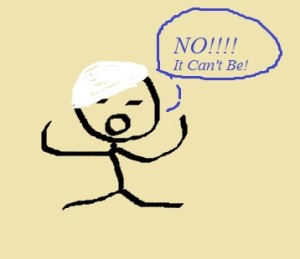 A couple days following my brain surgery, I desired a cola. I had been given jello and juice, but nothing tasted right. I wanted to taste something familiar. So, the nurse brought me a cup of ice and a can of Pepsi. I salivated as I watched the caramel liquid flow and bubble over ice. I savored the bubbles as they rose and fell in the white Styrofoam cup. I almost shook with excitement as I drew the drink and straw to my mouth.

By this point, I had learned how to drink again. I held the droopy side of my mouth closed and I drank through a straw held between my still functioning side’s lips.

I almost closed my eyes in delight at this little pleasure and return to normalcy that I anticipated with my first sip of Pepsi. I slowly drew liquid through the straw and onto my tongue as if it were a fine wine I was tasting.

Almost spitting but instead gulping awkwardly, I said, “NO! It tastes wrong,” I opened my eyes widely. “Something must be wrong with this can.” But then it hit me, just as each loss I had encountered since waking up. The nerve that managed my sense of taste had been bruised and made soda taste metallic, tasteless, and wrong. Everything had been bland and tasteless so far, but I hadn’t expected soda to taste worse!

So, I pushed the cup and can away and returned to water and ice. Ice that was as crushed as my heart.

Over time, my taste returned to normal, but there are still times when a metallic taste returns just long enough to remind me of that first Pepsi after surgery. I now savor flavors — and an occasional soda.

5 thoughts on “Lessons Learned – I just wanted a soda”